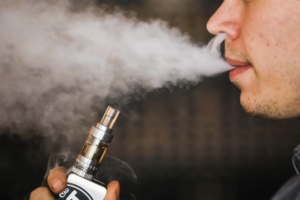 Some of the dermatological manifestations associated with the usage of e-cigs are contact dermatitis, thermal injury, and oral mucosal lesions. Contact dermatitis usually affects the dominant hand, and it’s caused by the release of nickel from the heating coil, which is the component that vaporizes the liquid. Thermal, blast and chemical injuries reported were due to overheating, leakage and/or explosion of lithium-containing batteries used in e-cigs. There is also an increased prevalence of oral mucosal lesions such as nicotine stomatitis, hyperplastic candidiasis, and black hairy tongue among consumers of electronic cigarettes.

Pattern hair loss: What causes it? How can it be treated?Probiotics and the skin
Scroll to top